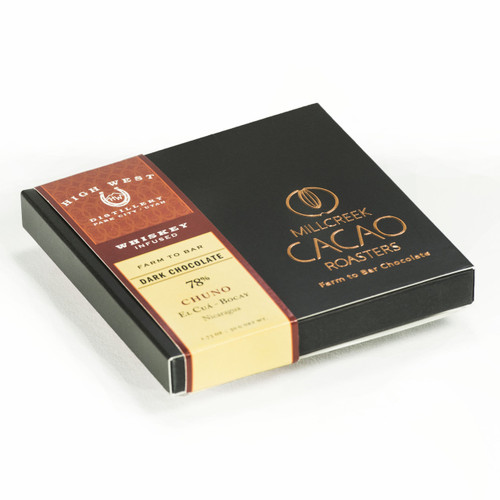 A whiskey lover's dream!  Nuances of whiskey are in the forefront with earthy flavors offering a rich finish.

The deep smokey flavors in this dark chocolate are developed from aging the chocolate with charred barrel staves.